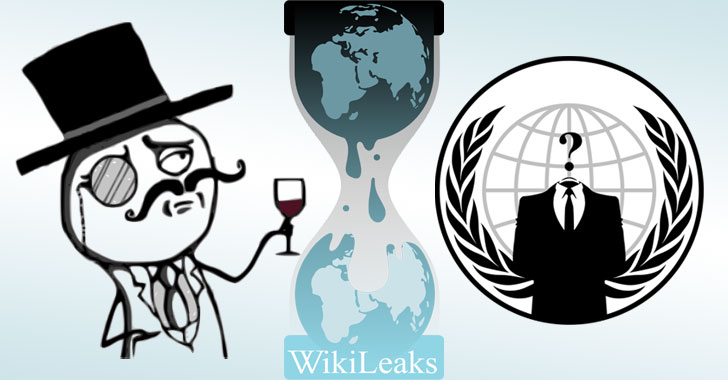 The United States government has filed a superseding indictment against WikiLeaks founder Julian Assange accusing him of collaborating with computer hackers, including those affiliated with the infamous LulzSec and “Anonymous” hacking groups.

The new superseding indictment does not contain any additional charges beyond the prior 18-count indictment filed against Assange in May 2019, but it does “broaden the scope of the conspiracy surrounding alleged computer intrusions with which Assange was previously charged,” the DoJ said.

In May 2019, Assange was charged with 18 counts under the old U.S. Espionage Act for unlawfully publishing classified military and diplomatic documents on his popular WikiLeaks website in 2010, which he obtained from former Army intelligence analyst Chelsea Manning.

Assange has been alleged to have obtained those classified documents by conspiring with Manning to crack a password hash to a classified U.S. Department of Defence computer.

According to the new superseding indictment [PDF] unsealed Wednesday, Assange and others at WikiLeaks also recruited hackers at conferences in Europe and Asia and conspired with them to commit computer intrusions to benefit WikiLeaks.

Since the early days of WikiLeaks, Assange has spoken in conferences about his own history as a “famous teenage hacker in Australia” and encouraged others to hack to obtain information for WikiLeaks.

“In 2009, for instance, Assange told the Hacking At Random conference that WikiLeaks had obtained nonpublic documents from the Congressional Research Service by exploiting “a small vulnerability” inside the document distribution system of the United States Congress, and then asserted that “[t]his is what any one of you would find if you were actually looking.”,” the DoJ said.

Not just that, the indictment also accused Assange of gaining unauthorised access to a government computer system of a NATO country (30 member states from North America and Europe) in 2010.

Two years later, “Assange communicated directly with a leader of the hacking group LulzSec (who by then was cooperating with the FBI),” and provided him a list of targets to hack.