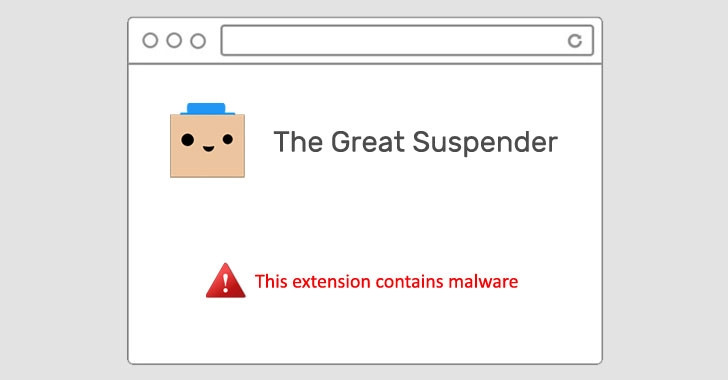 Google on Thursday removed The Great Suspender, a popular Chrome extension used by millions of users, from its Chrome Web Store for containing malware. It also took the unusual step of deactivating it from users’ computers.

“This extension contains malware,” read a terse notification from Google, but it has since emerged that the add-on stealthily added features that could be exploited to execute arbitrary code from a remote server, including tracking users online and committing advertising fraud.

“The old maintainer appears to have sold the extension to parties unknown, who have malicious intent to exploit the users of this extension in advertising fraud, tracking, and more,” Calum McConnell said in a GitHub post.

The extension, which had more than two million installs before it was disabled, would suspend tabs that aren’t in use, replacing them with a blank gray screen until they were reloaded upon returning to the tabs in question.

Signs of the extension’s shady behavior had been going the rounds since November, leading Microsoft to block the extension (v7.1.8) on Edge browsers last November.