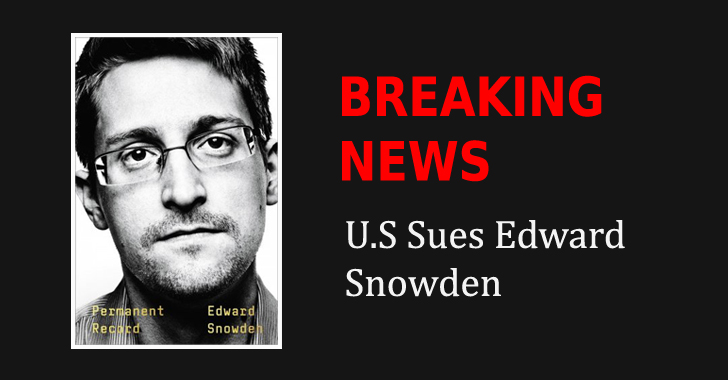 The United States government today filed a lawsuit against Edward Snowden, a former contractor for the CIA and NSA government agencies who made headlines worldwide in 2013 when he fled the country and leaked top-secret information about NSA’s global and domestic surveillance activities.

And you would be more surprised to know the reason for this lawsuit—No, Snowden has not been sued for leaking NSA secrets, instead for publishing a book without submitting it to the agencies for pre-publication review.

In his latest book, titled “Permanent Record” and released today on September 17th, Edward Snowden for the first time revealed the story of his life, including how he helped the agency to built that surveillance system.