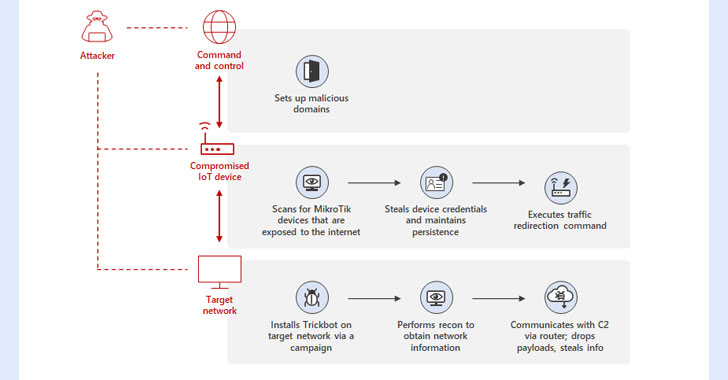 Microsoft on Wednesday detailed a previously undiscovered technique put to use by the TrickBot malware that involves using compromised Internet of Things (IoT) devices as a go-between for establishing communications with the command-and-control (C2) servers.

TrickBot, which emerged as a banking trojan in 2016, has evolved into a sophisticated and persistent threat, with its modular architecture enabling it to adapt its tactics to suit different networks, environments, and devices as well as offer access-as-a-service for next-stage payloads like Conti ransomware.

The expansion to TrickBot’s capabilities comes amid reports of its infrastructure going offline, even as the botnet has continually refined its features to make its attack framework durable, evade reverse engineering, and maintain the stability of its C2 servers.