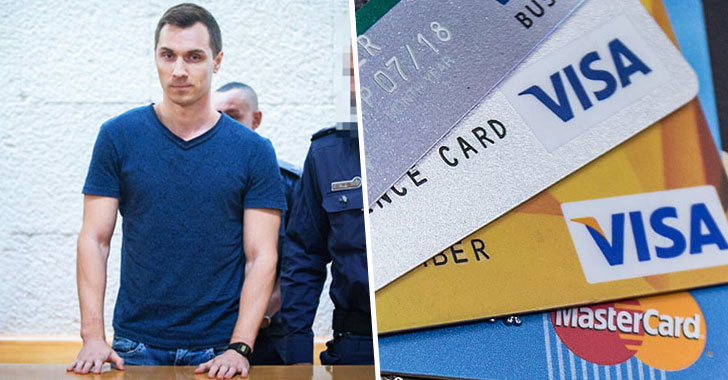 Burkov admitted to operating a website named Cardplanet that was dedicated to buying and selling stolen credit card and debit card data for anywhere between $2.50 and $10 per payment card, depending on the card type, origin, and availability of card owner information.

According to the U.S. Department of Justice, Cardplanet hosted roughly 150,000 payment card details between 2009 and 2013, most of which belonged to U.S. citizens and used to make over $20 million in fraudulent purchases.

“Aleksei’s massive fraud victimised hundreds of thousands of people and resulted in over $20 million in losses,” said G. Zachary Terwilliger, U.S. Attorney for the Eastern District of Virginia.

“Tackling global cybercrime means holding accountable leaders like Burkov who have allowed cybercrime to become organised and hyper-specialised. I want to thank our prosecutors and investigative partners for their terrific work on this complex case.”

In addition to Cardplanet, Burkov ran another invite-only forum website for elite cybercriminals where they advertised stolen personal identifying information (PII), malicious software, and other criminal services, like money laundering and hacking.

To become a member of Burkov’s cybercrime forum, one needed to pay $5,000 as insurance and three existing members to vouch for their excellent reputation among cybercriminals.