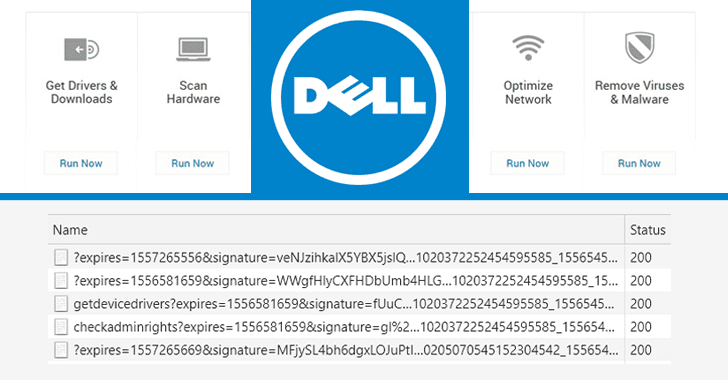 If you use a Dell computer, then beware — hackers could compromise your system remotely.

The utility has been designed to interact with the Dell Support website and automatically detect Service Tag or Express Service Code of your Dell product, scan the existing device drivers and install missing or available driver updates, as well as perform hardware diagnostic tests.

If you are wondering how it works, Dell SupportAssist in the background runs a web server locally on the user system, either on port 8884, 8883, 8886, or port 8885, and accepts various commands as URL parameters to perform some-predefined tasks on the computer, like collecting detailed system information or downloading a software from remote server and install it on the system.

Though the local web service has been protected using the “Access-Control-Allow-Origin” response header and has some validations that restrict it to accept commands only from the “dell.com” website or its subdomains, Demirkapi explained ways to bypass these protections in a blog post published Wednesday.