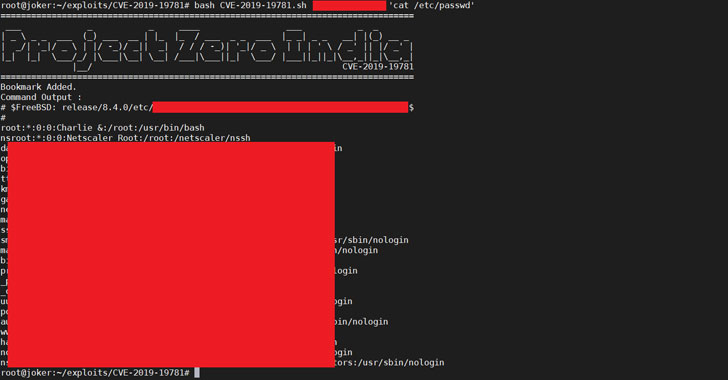 Why the urgency? Earlier today, multiple groups publicly released weaponized proof-of-concept exploit code [1, 2] for a recently disclosed remote code execution vulnerability in Citrix’s NetScaler ADC and Gateway products that could allow anyone to leverage them to take full control over potential enterprise targets.

Just before the last Christmas and year-end holidays, Citrix announced that its Citrix Application Delivery Controller (ADC) and Citrix Gateway are vulnerable to a critical path traversal flaw (CVE-2019-19781) that could allow an unauthenticated attacker to perform arbitrary code execution on vulnerable servers.

Citrix confirmed that the flaw affects all supported version of the software, including:

The company made the disclose without releasing any security patches for vulnerable software; instead, Citrix offered mitigation to help administrators guard their servers against potential remote attacks⁠—and even at the time of writing, there’s no patch available almost 23 days after disclosure.