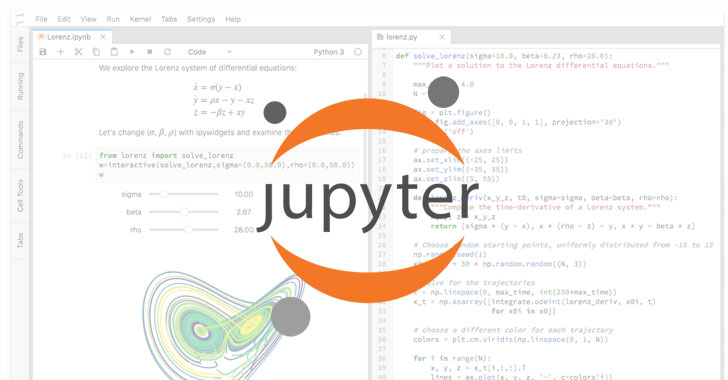 Researchers have disclosed what they say is the first-ever Python-based ransomware strain specifically designed to target exposed Jupyter notebooks, a web-based interactive computing platform that allows editing and running programs via a browser.

“The attackers gained initial access via misconfigured environments, then ran a ransomware script that encrypts every file on a given path on the server and deletes itself after execution to conceal the attack,” Assaf Morag, a data analyst at Aqua Security, said in a report.

The new ransomware sample, which the cloud security firm detected after it was trapped in one of its honeypot servers, is said to have been executed after the unnamed adversary gained access to the server and downloaded the necessary tools required to carry out the encryption process by opening a terminal.