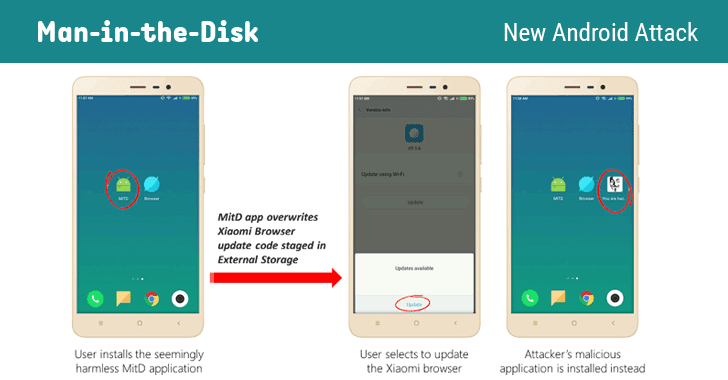 Security researchers at Check Point Software Technologies have discovered a new attack vector against the Android operating system that could potentially allow attackers to silently infect your smartphones with malicious apps or launch denial of service attacks.

Dubbed Man-in-the-Disk, the attack takes advantage of the way Android apps utilize ‘External Storage’ system to store app-related data, which if tampered could result in code injection in the privileged context of the targeted application.

It should be noted that apps on the Android operating system can store its resources on the device in two locations—internal storage and external storage.