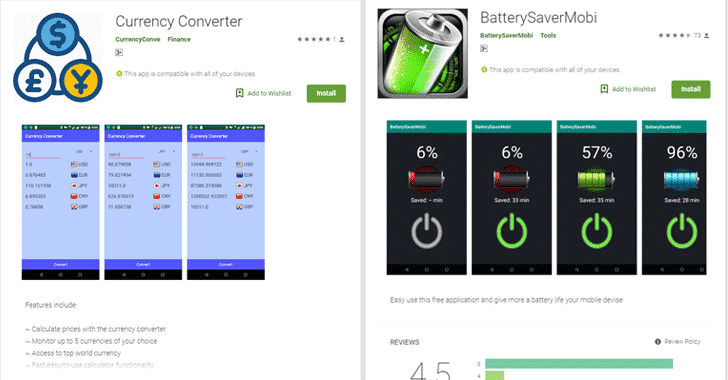 Even after so many efforts by Google for preventing its Play Store from malware, shady apps somehow managed to fool its anti-malware protections and get into its service to infect Android users with malware.

Two such Android apps have recently been spotted on the Google Play Store by security researchers with the Trend Micro malware research team, infecting thousands of Android users who have already downloaded them with banking malware.

The apps in question masquerade as a currency exchange app called Currency Converter and battery saver app called BatterySaverMobi, and are using motion-sensor inputs of infected Android devices to monitor them before installing a dangerous banking Trojan called Anubis.

The malicious Android apps, with a large number of fake five-star reviews, use this clever trick instead of traditional evasion techniques in order to avoid detection when researchers run emulators (which are less likely to use sensors) to detect such malicious apps.