Masslogger Trojan Upgraded to Steal All Your Outlook, Chrome Credentials 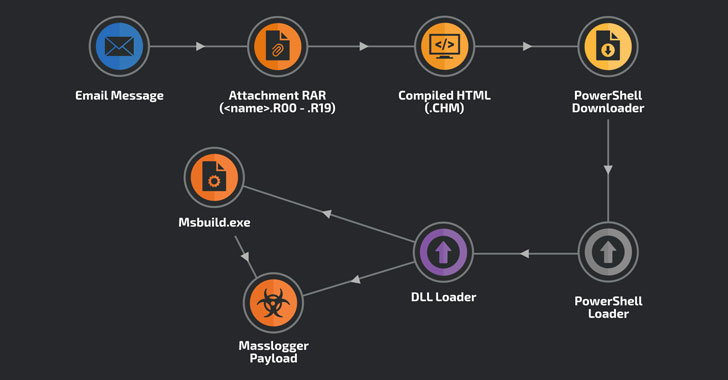 A credential stealer infamous for targeting Windows systems has resurfaced in a new phishing campaign that aims to steal credentials from Microsoft Outlook, Google Chrome, and instant messenger apps.

Primarily directed against users in Turkey, Latvia, and Italy starting mid-January, the attacks involve the use of MassLogger — a .NET-based malware with capabilities to hinder static analysis — building on similar campaigns undertaken by the same actor against users in Bulgaria, Lithuania, Hungary, Estonia, Romania, and Spain in September, October, and November 2020.

MassLogger was first spotted in the wild last April, but the presence of a new variant implies malware authors are constantly retooling their arsenal to evade detection and monetize them.

“Although operations of the Masslogger trojan have been previously documented, we found the new campaign notable for using the compiled HTML file format to start the infection chain,” researchers with Cisco Talos said on Wednesday.