KDE Linux Desktops Could Get Hacked Without Even Opening Malicious Files 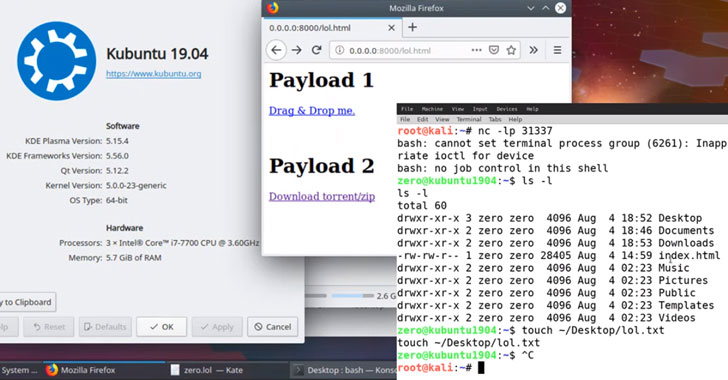 If you are running a KDE desktop environment on your Linux operating system, you need to be extra careful and avoid downloading any “.desktop” or “.directory” file for a while.

A cybersecurity researcher has disclosed an unpatched zero-day vulnerability in the KDE software framework that could allow maliciously crafted .desktop and .directory files to silently run arbitrary code on a user’s computer—without even requiring the victim to actually open it.

Security researcher Dominik Penner who discovered the vulnerability contacted The Hacker News, informing that there’s a command injection vulnerability in KDE 4/5 Plasma desktop due to the way KDE handles .desktop and .directory files.

“When a .desktop or .directory file is instantiated, it unsafely evaluates environment variables and shell expansions using KConfigPrivate::expandString() via the KConfigGroup::readEntry() function,” Penner said.