How Does DMARC Prevent Phishing? 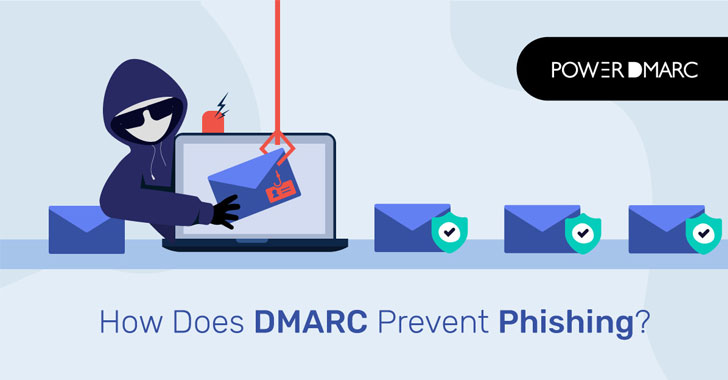 DMARC is a global standard for email authentication. It allows senders to verify that the email really comes from whom it claims to come from. This helps curb spam and phishing attacks, which are among the most prevalent cybercrimes of today. Gmail, Yahoo, and many other large email providers have implemented DMARC and praised its benefits in recent years.

If your company’s domain name is bankofamerica.com, you do not want a cyber attacker to be able to send emails under that domain. This puts your brand reputation at risk and could potentially spread financial malware. The DMARC standard prevents this by checking whether emails are sent from an expected IP address or domain. It specifies how domains can be contacted if there are authentication or migration issues and provides forensic information so senders can monitor email traffic and quarantine suspicious emails.

What is a Phishing Attack?

Phishing is an attempt by cybercriminals to trick victims into giving away sensitive information such as credit card numbers and passwords via fake websites and bogus emails. Phishing is a form of social engineering. It is also one of the most common methods cybercriminals use to infiltrate businesses and compromise their sensitive data.

Domain spoofing is a precursor to most phishing attacks used to spoof emails. In this process, an attacker spoofs a legitimate email address or domain name and sends fake emails containing phishing links and ransomware to the company’s clientele. The unsuspecting recipient believes the spoofed email is from a company they know and trust and ends up sharing their corporate or banking information with the attacker, thereby getting phished. This affects the reputation of businesses and leads to the loss of prospects and customers.

How to Identify a Phishing Email Sent from a Spoofed Domain?

Spoofing is not a new threat. Email spoofing is a deceptive tactic used by attackers to manipulate both the identity of the sender of an email message and the apparent origin of that message. Most spoofing attacks either use forged header information or create a fake sender email address.

Recipients can detect phishing emails sent from a spoofed company domain by examining the email header information, such as the “from:” address and “return-path” address, and verifying that they match. While the email “From” address is a visible header, the “return-path” address is usually not immediately visible, and upon inspecting, it can help receivers detect the original identity of the attacker.

A phishing email sent from a spoofed domain will most likely have its From: address as: marketing@company.com, which looks authentic to the untrained eye of the receiver who is familiar with the services of the said company. However, on inspecting the Return-path address, the receiver will realize that the email is not from where the sender claims it to be,