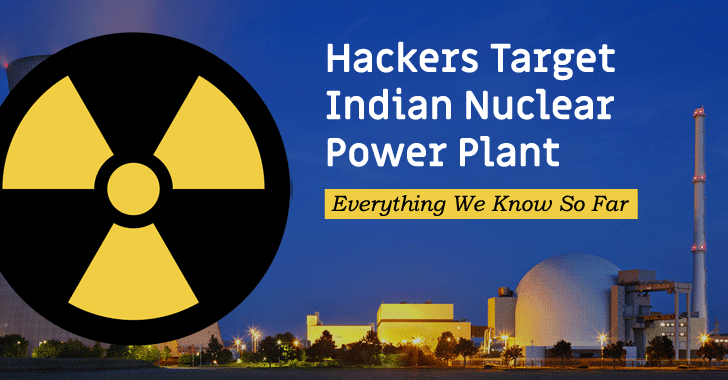 A story has been making the rounds on the Internet since yesterday about a cyber attack on an Indian nuclear power plant.

Due to some experts commentary on social media even after lack of information about the event and overreactions by many, the incident received factually incorrect coverage widely suggesting a piece of malware has compromised “mission-critical systems” at the Kudankulam Nuclear Power Plant.

Relax! That’s not what happened. The attack merely infected a system that was not connected to any critical controls in the nuclear facility.

Here we have shared a timeline of the events with brief information on everything we know so far about the cyberattack at Kudankulam Nuclear Power Plant (KKNPP) in Tamil Nadu.

From where this news came?