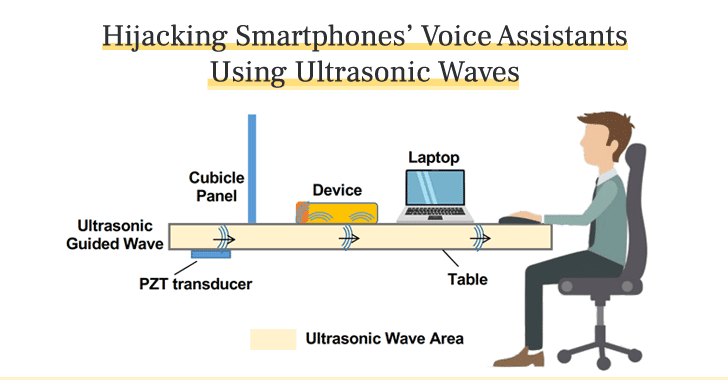 Researchers have discovered a new means to target voice-controlled devices by propagating ultrasonic waves through solid materials in order to interact with and compromise them using inaudible voice commands without the victims’ knowledge.

Called “SurfingAttack,” the attack leverages the unique properties of acoustic transmission in solid materials — such as tables — to “enable multiple rounds of interactions between the voice-controlled device and the attacker over a longer distance and without the need to be in line-of-sight.”

In doing so, it’s possible for an attacker to interact with the devices using the voice assistants, hijack SMS two-factor authentication codes, and even place fraudulent calls, the researchers outlined in the paper, thus controlling the victim device inconspicuously.

The research was published by a group of academics from Michigan State University, Washington University in St. Louis, Chinese Academy of Sciences, and the University of Nebraska-Lincoin.

The results were presented at the Network Distributed System Security Symposium (NDSS) on February 24 in San Diego.