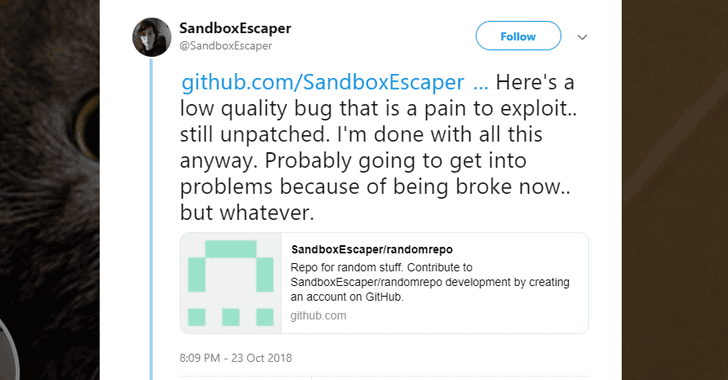 SandboxEscaper posted a link to a Github page hosting a proof-of-concept (PoC) exploit for the vulnerability that appears to be a privilege escalation flaw residing in Microsoft Data Sharing (dssvc.dll).

The Data Sharing Service is a local service that runs as LocalSystem account with extensive privileges and provides data brokering between applications.

The flaw could allow a low-privileged attacker to elevate their privileges on a target system, though the PoC exploit code (deletebug.exe) released by the researcher only allows a low privileged user to delete critical system files—that otherwise would only be possible via admin level privileges.