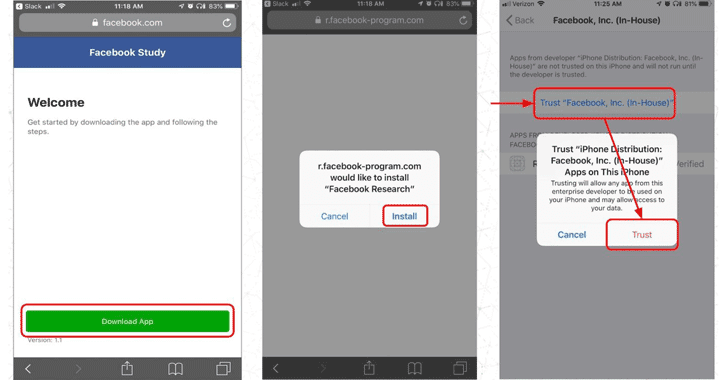 If you are thinking that Facebook is sitting quietly after being forced to remove its Onavo VPN app from Apple’s App Store, then you are mistaken.

It turns out that Facebook is paying teenagers around $20 a month to use its VPN app that aggressively monitors their smartphone and web activity and then sends it back to Facebook.

The social media giant was previously caught collecting some of this data through Onavo Protect, a Virtual Private Network (VPN) service that it acquired in 2013.

However, the company was forced to pull the app from the App Store in August 2018 after Apple found that Facebook was using the VPN service to track its user activity and data across multiple apps, which clearly violates its App Store guidelines on data collection.