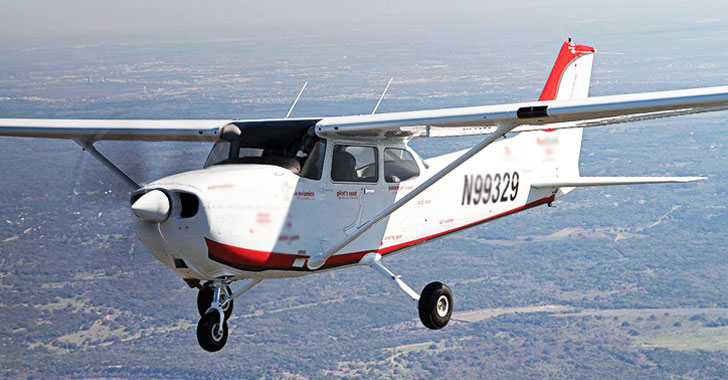 What could be more horrifying than knowing that a hacker can trick the plane’s electronic systems into displaying false flight data to the pilot, which could eventually result in loss of control?

Of course, the attacker would never wish to be on the same flight, so in this article, we are going to talk about a potential loophole that could allow an attacker to exploit a vulnerability with some level of “unsupervised” physical access to a small aircraft before the plane takes off.

The United States Department of Homeland Security’s (DHS) has issued an alert for the same, warning owners of small aircraft to be on guard against a vulnerability that could enable attackers to easily hack the plane’s CAN bus and take control of key navigation systems.

The vulnerability, discovered by a cybersecurity researcher at Rapid 7, resides in the modern aircraft’s implementation of CAN (Controller Area Network) bus—a popular vehicular networking standard used in automobiles and small aircraft that allows microcontrollers and devices to communicate with each other in applications without a host computer.

Rapid7 researcher Patrick Kiley demonstrated that a hacker with physical access to a small aircraft’s wiring could attach a device—or co-opt an existing attached device—to the plane’s avionics CAN bus to insert false data and communicate them to the pilot.