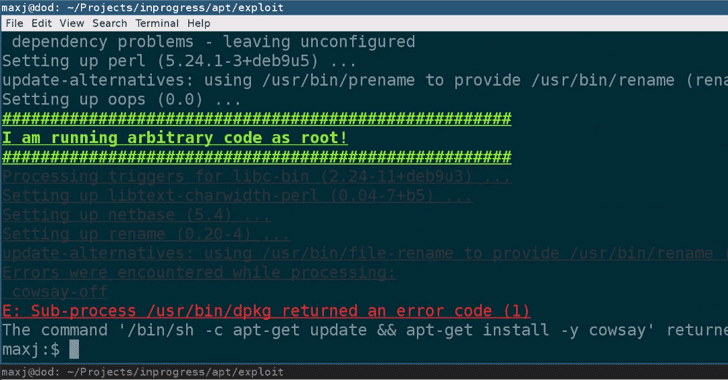 Some cybersecurity experts this week arguing over Twitter in favour of not using HTTPS and suggesting software developers to only rely on signature-based package verification, just because APT on Linux also does the same.

Ironically, a security researcher just today revealed details of a new critical remote code execution flaw in the apt-get utility that can be exploited by a remote, man-in-the middle attacker to compromise Linux machines.

The flaw, apparently, once again demonstrates that if the software download ecosystem uses HTTPS to communicate safely, such attacks can easily be mitigated at the first place.

Discovered by Max Justicz, the vulnerability (CVE-2019-3462) resides in the APT package manager, a widely used utility that handles installation, update and removal of software on Debian, Ubuntu, and other Linux distributions.