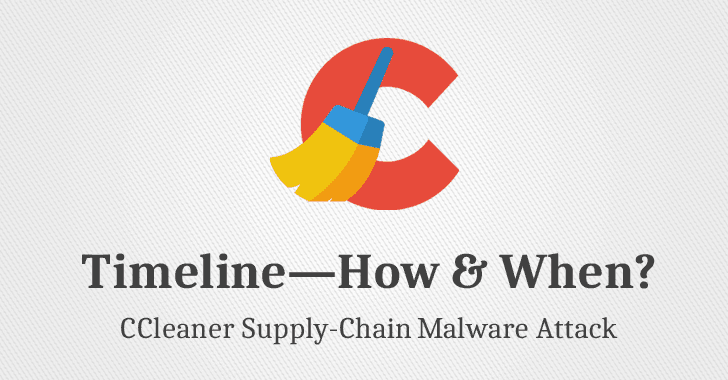 Last year, the popular system cleanup software CCleaner suffered a massive supply-chain malware attack of all times, wherein hackers compromised the company’s servers for more than a month and replaced the original version of the software with the malicious one.

The malware attack infected over 2.3 million users who downloaded or updated their CCleaner app between August and September last year from the official website with the back-doored version of the software.