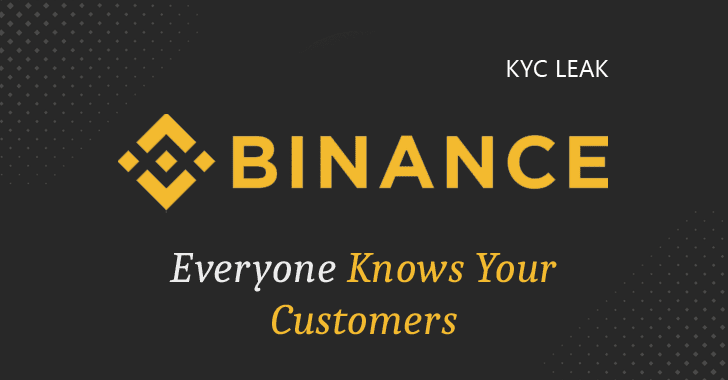 As suspected, the KYC details of thousands of Binance’s customers that hackers obtained and leaked online earlier this month came from the company’s third-party vendor, Malta-based cryptocurrency exchange Binance confirmed.

For those unaware, Binance, the world’s largest cryptocurrency exchange by volume, hit by a “Potential KYC leak” earlier this month, with an unknown hacker distributing the Know Your Customer (KYC) images of hundreds of its users online and to media outlets.

Before leaking the KYC images online, the alleged hacker threatened the exchange to release KYC data of its 10,000 customers if the company did not pay 300 Bitcoins—equivalent to over $3 million at today’s exchange value.