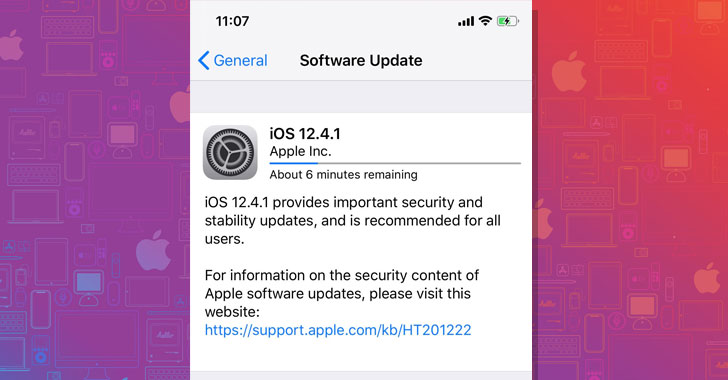 Apple just patched an unpatched flaw that it patched previously but accidentally unpatched recently — did I confuse you?

Apple today finally released iOS 12.4.1 to fix a critical jailbreak vulnerability, like it or not, that was initially patched by the company in iOS 12.3 but was then accidentally got reintroduced in the previous iOS 12.4 update.

For those unaware, roughly a week ago, an anonymous researcher who goes by the online alias “Pwn20wnd” released a free jailbreak for iOS 12.4 on GitHub that exploited a kernel vulnerability (CVE-2019-8605) that Apple patched in iOS 12.3 in May this year.