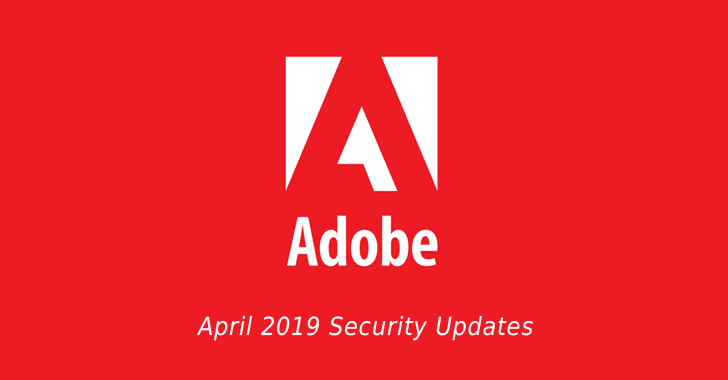 Adobe just released its monthly security updates to address a total of 40 security vulnerabilities in several of its products, including Flash Player, Adobe Acrobat and Reader, and Shockwave Player.

According to an advisory, Adobe Acrobat and Reader applications for Microsoft Windows and Apple macOS operating systems are vulnerable to a total 21 vulnerabilities, 11 of which have been rated as critical in severity.

Remaining ten vulnerabilities in the most widely used PDF reader are all rated as important and could lead to information disclosure.

If your system hasn’t yet detected the availability of the new update automatically, you should manually install the update by choosing “Help → Check for Updates” in your Adobe Acrobat and Reader software.

Here we have compiled a brief list of all vulnerabilities Adobe patched this month in its various products:

Adobe has released updated versions of Flash Player for Windows, macOS, Linux, and Chrome OS to address two security vulnerabilities, one of which is critical and the other is important in severity.