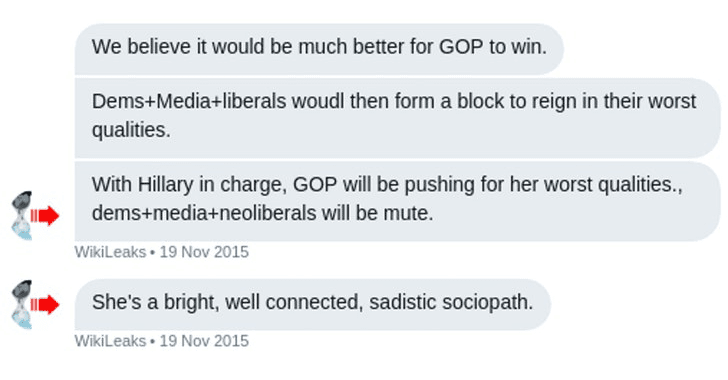 An activist has just leaked thousands of private messages of an organization that’s been known to publishing others’ secrets.

More than 11,000 direct messages from a Twitter group used by WikiLeaks and around 10 close supporters have been posted online by journalist and activist Emma Best, exposing private chats between 2015 and 2017.

The leaked chats have been referenced by American media outlets earlier this year, but for the very first time, all 11,000 messages have been published online, allowing anyone to scroll through and read messages themselves.