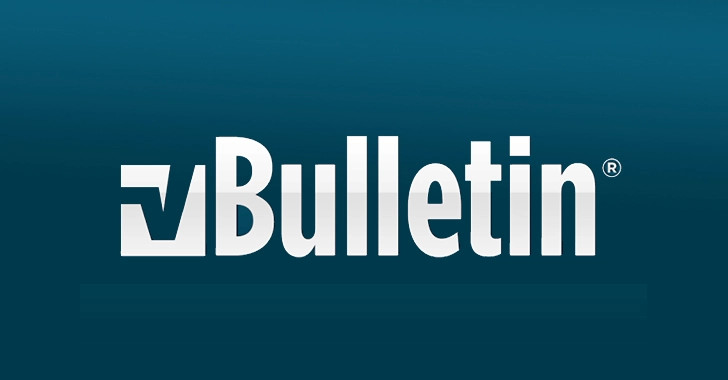 vBulletin is a widely used proprietary Internet forum software package based on PHP and MySQL database server that powers over 100,000 websites on the Internet, including Fortune 500 and Alexa Top 1 million companies websites and forums.

In September last year, a separate anonymous security researcher publicly disclosed a then-zero-day RCE vulnerability in vBulletin, identified as CVE-2019-16759, and received a critical severity rating of 9.8, allowing attackers to execute malicious commands on the remote server without requiring any authentication to log into the forum.

A day after the disclosure of CVE-2019-16759, the vBulletin team released security patches that resolved the issue, but it turns out that the patch was insufficient in blocking the exploitation of the flaw.​