A previously unknown rootkit has been found setting its sights on Hewlett-Packard Enterprise’s Integrated Lights-Out (iLO) server management technology to carry out in-the-wild attacks that tamper with the firmware modules and completely wipe data off the infected systems.

The discovery, which is the first instance of real-world malware in iLO firmware, was documented by Iranian cybersecurity firm Amnpardaz this week.

“There are numerous aspects of iLO that make it an ideal utopia for malware and APT groups: Extremely high privileges (above any level of access in the operating system), very low-level access to the hardware, being totally out of the sight of the admins, and security tools, the general lack of knowledge and tools for inspecting iLO and/or protecting it, the persistence it provides for the malware to remain even after changing the operating system, and in particular being always running and never shutting down,” the researchers said.

Besides managing the servers, the fact that iLO modules have broad access to all the firmware, hardware, software, and operating system (OS) installed on the servers make them an ideal candidate to breach organizations using HP servers, while also enabling the malware to maintain persistence after reboots and survive OS reinstallations. However, the exact modus operandi used to infiltrate the network infrastructure and deploy the wiper remains unknown as yet. 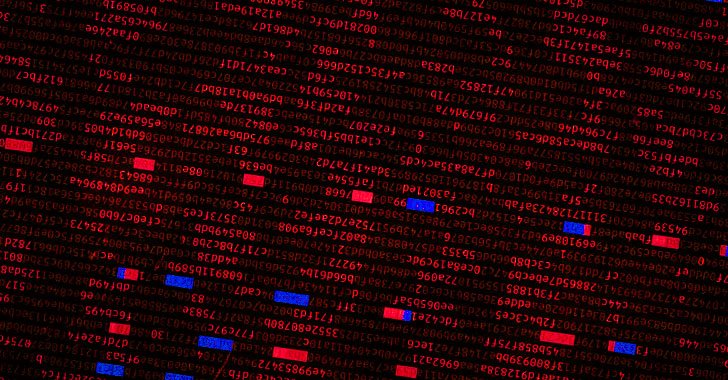 Cybersecurity firm CrowdStrike said the infiltration, which was ultimately foiled, was aimed at an unnamed “large academic institution.” The state-sponsored group is believed to have been operating since mid-2020 in pursuit of intelligence collection and industrial espionage, with its attacks primarily directed against companies in the telecommunications, technology, and government sectors. An ongoing crypto mining campaign has upgraded its arsenal while evolving its defense evasion tactics that enable the threat actors to conceal the intrusions and fly under the radar, new research published today has revealed.

Since first detected in 2019, a total of 84 attacks against its honeypot servers have been recorded to date, four of which transpired in 2021, according to researchers from DevSecOps and cloud security firm Aqua Security, who have been tracking the malware operation for the past three years. That said, 125 attacks have been spotted in the wild in the third quarter of 2021 alone, signaling that the attacks have not slowed down.

Initial attacks involved executing a malicious command upon running a vanilla image named “alpine:latest” that resulted in the download of a shell script named “autom.sh.”

“Adversaries commonly use vanilla images along with malicious commands to perform their attacks, because most organizations trust the official images and allow their use,” the researchers said in a report shared with The Hacker News. “Over the years, the malicious command that was added to the official image to carry out the attack has barely changed. The main difference is the server from which the shell script autom.sh was downloaded.”

The shell script initiates the attack sequence, enabling the adversary to create a new user account under the name “akay” and upgrade its privileges to a root user, using which arbitrary commands are run on the compromised machine with the goal of mining cryptocurrency.

Although early phases of the campaign in 2019 featured no special techniques to hide the mining activity, later versions show the extreme measures its developers have taken to keep it invisible to detection and inspection, chief among them being the ability to disable security mechanisms and retrieve an obfuscated mining shell script that was Base64-encoded five times to get around security tools. The Apache Software Foundation (ASF) on Tuesday rolled out fresh patches to contain an arbitrary code execution flaw in Log4j that could be abused by threat actors to run malicious code on affected systems, making it the fifth security shortcoming to be discovered in the tool in the span of a month.

“Apache Log4j2 versions 2.0-beta7 through 2.17.0 (excluding security fix releases 2.3.2 and 2.12.4) are vulnerable to a remote code execution (RCE) attack where an attacker with permission to modify the logging configuration file can construct a malicious configuration using a JDBC Appender with a data source referencing a JNDI URI which can execute remote code,” the ASF said in an advisory. “This issue is fixed by limiting JNDI data source names to the java protocol in Log4j2 versions 2.17.1, 2.12.4, and 2.3.2.”

Although no credits were awarded by the ASF for the issue, Checkmarx security researcher Yaniv Nizry claimed credit for reporting the vulnerability to Apache on December 27. Cybersecurity researchers have offered a detailed glimpse into a system called DoubleFeature that’s dedicated to logging the different stages of post-exploitation stemming from the deployment of DanderSpritz, a full-featured malware framework used by the Equation Group.

DanderSpritz came to light on April 14, 2017, when a hacking group known as the Shadow Brokers leaked the exploit tool, among others, under a dispatch titled “Lost in Translation.” Also included in the leaks was EternalBlue, a cyberattack exploit developed by the U.S. National Security Agency (NSA) that enabled threat actors to carry out the NotPetya ransomware attack on unpatched Windows computers.

The tool is a modular, stealthy, and fully functional framework that relies on dozens of plugins for post-exploitation activities on Windows and Linux hosts. DoubleFeature is one among them, which functions as a “diagnostic tool for victim machines carrying DanderSpritz,” researchers from Check Point said in a new report published Monday.